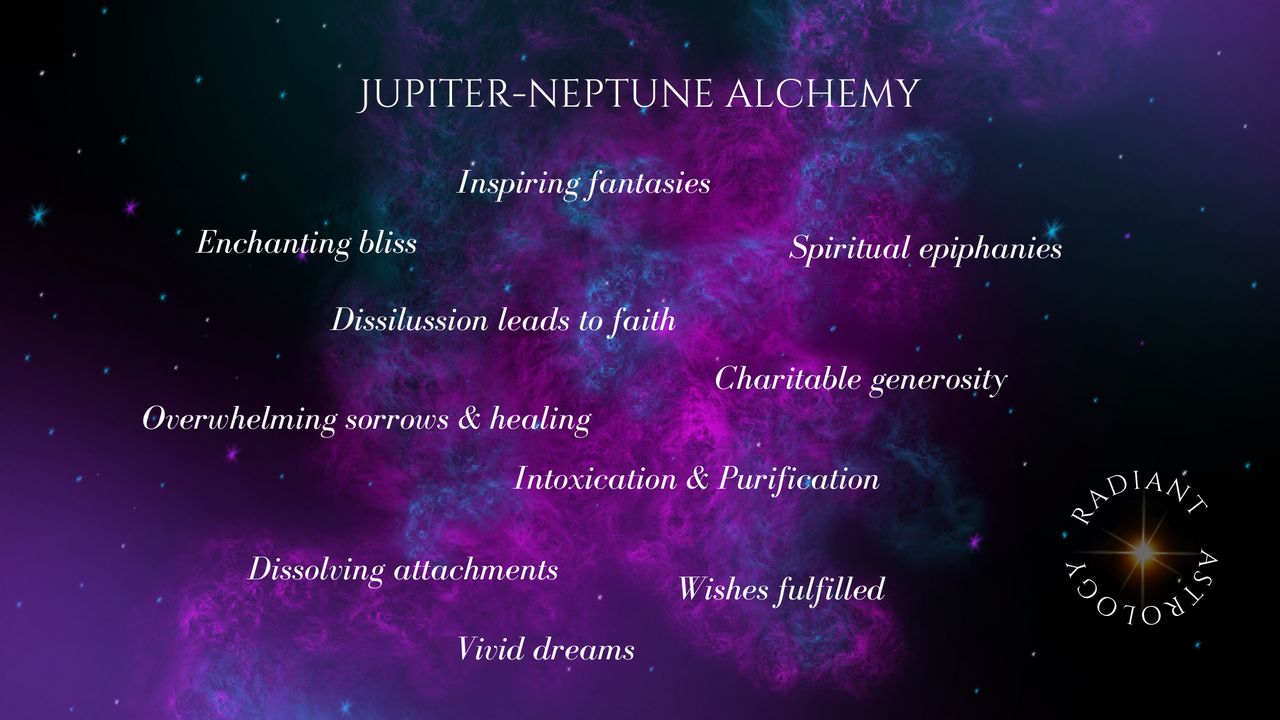 The Jupiter-Neptune alchemy is nearly exact as these planets of expansion fuse on April 12 at 23 Pisces. Allow serendipity to guide you through Wonderland.

A vast landscape is unfolding, signaling a new 12-year cycle in the realm of spirituality, inspiration, imagination and purification. As one dream dissolves a new one is beginning to form.

The last time these planets of imagination and possibility met in Pisces was in 1856, so this is truly a once-in-a-lifetime experience that's been aligning in the skies and will continue to thrum well into May. However, Jupiter and Neptune conjoin approximately every 12-13 years, the last time was in May 2009 at 26 Aquarius, conjunct Chiron. Their next conjunction will be in 2035 in Aries.

While Jupiter expands, Neptune dissolves. Their manifestations can be amplifying or depleting, as Neptune symbolizes the spectrum from blissful euphoria to the depths of despair and disappointment. At its best, it's a wish fulfilled in divine timing.

Perhaps something that once gave us meaning is now being transformed, calling for a new wish to be fulfilled. We must ask ourselves if our faith is aligned with the pursuit of truth or distorted by the illusion of glamor.

The conjunction occurs just as the Moon conjoins the Royal Star Regulus at 29 Leo - 0 Virgo, said to bestow honors, riches and acclaim. And while Saturn is aspecting both the Sun and Moon demanding patience and responsibility, we may have a sense that we're working toward a new dream.

At the end of April, Venus will come along to conjoin them. As Venus is exalted in Pisces, we'll have an opportunity to indulge in pleasures and offer our generosity of heart and Soul. Pay special attention to your natal planets or angles in late Pisces, Cancer and Scorpio to receive the Venus-Neptune-Jupiter blessings.

That this expansive aspect comes on the heels of eclipse season suggests sweeping changes and vast new landscapes emerging.

Some thoughts to reflect upon: 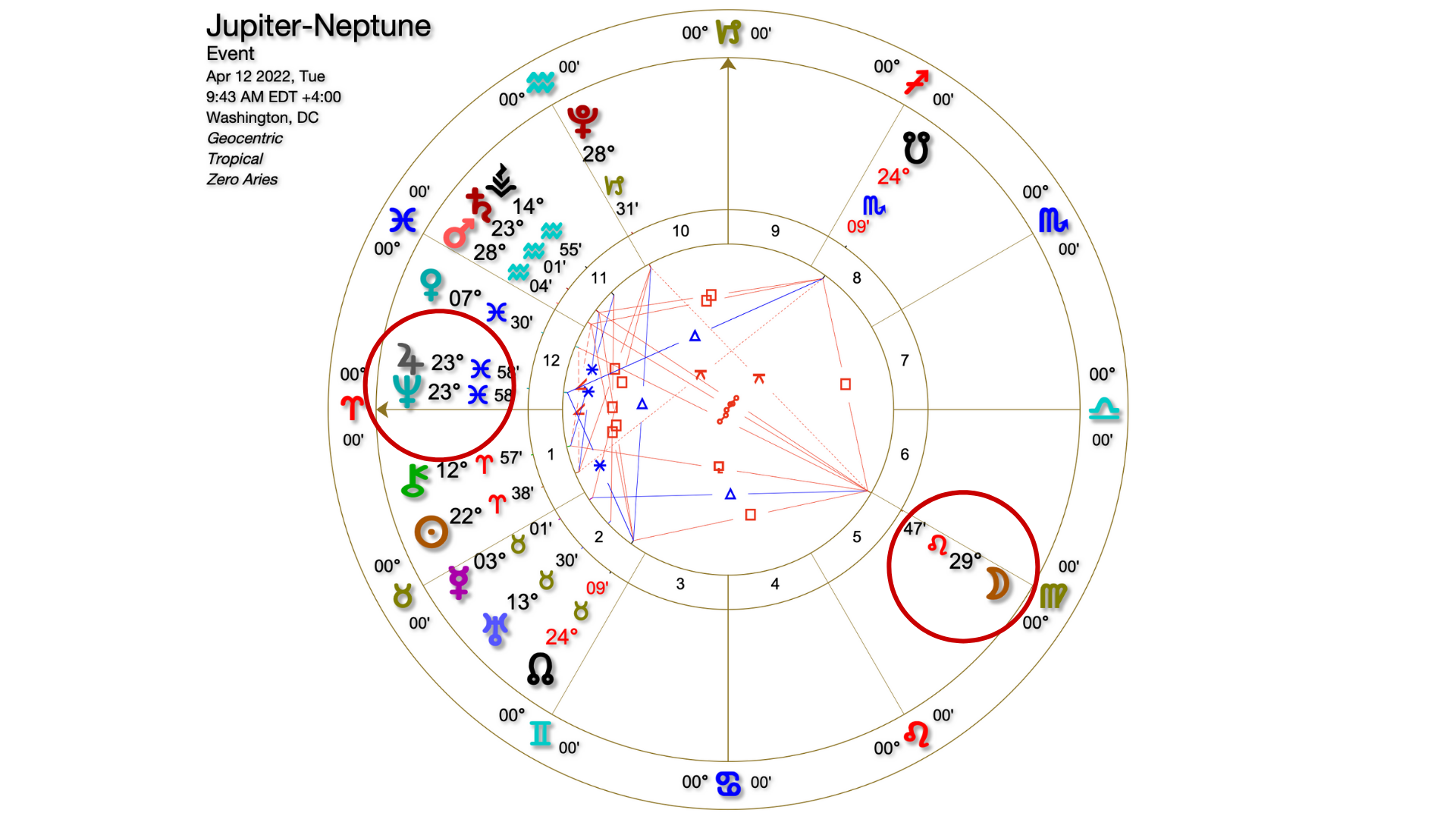