The Astrology of Awakening II: Renewal of Hope Summit | April 15 - 18 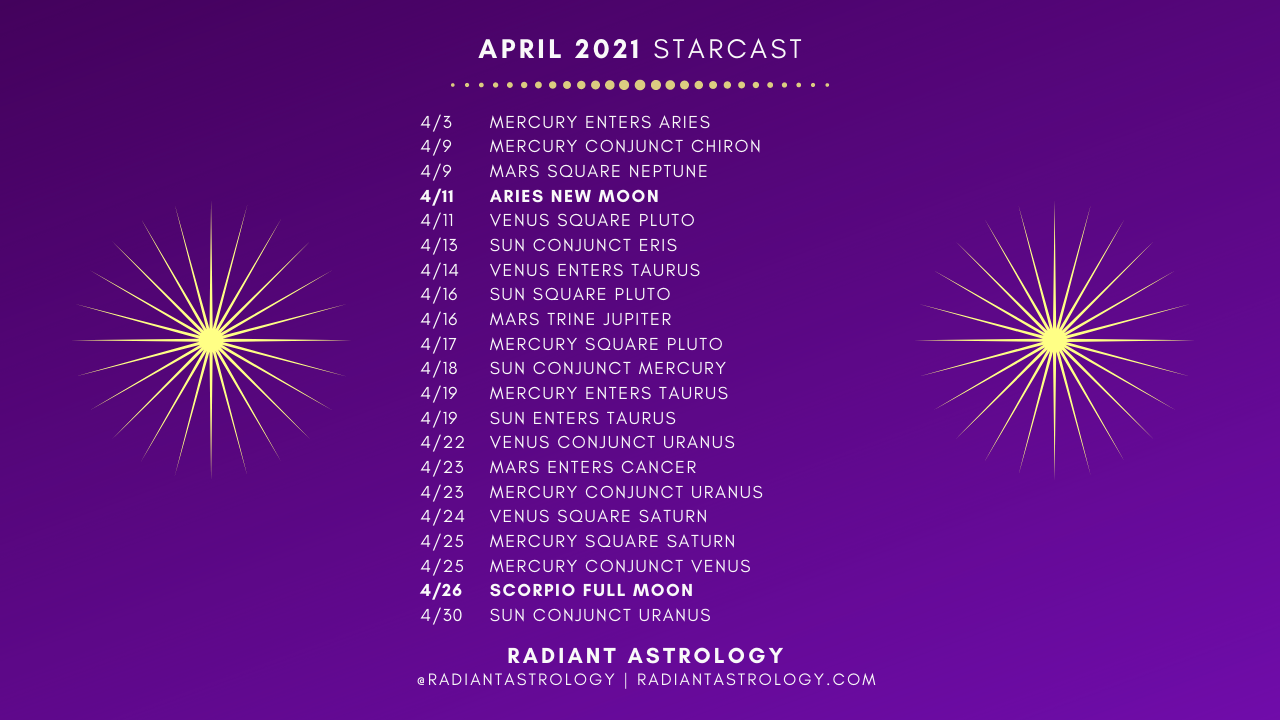 The first half of April burns brightly and is dominated by the fiery archetype of Aries. As Aries season seeks a fresh start, a series of squares with Pluto in Capricorn intensifies efforts to transform. Eris, the goddess of strife is awakened as Venus, the Sun and Mercury move through the fiery territory of late Aries.

The energy shifts as Venus enters her rulership of Earthy Taurus on the 14th, soon followed by Mercury and the Sun on the 19th. Taurus seeks a more stable ground and less combativeness than Aries, however, as these planets make their way to conjunctions with Uranus, the Great Awakener, stability needs to give way to change. The complacency that Taurus craves is often shattered by Uranian earthquakes which can lead to breakthroughs in creativity and relationships (4/22), communication and commerce (4/23) and purpose (4/30). These planets will also be squared by Saturn as they move through the Saturn-Uranus square, and we may find that progress is serious business.

The Scorpio Full Moon at month's end is the annual Wesak Moon, said to be the Moon under which the Buddha attained enlightenment, illuminating the alchemy of the groundedness of the Taurus Sun opposing the regenerative power of the Scorpio Moon. Uranus is aligned with the Sun, suggesting an awakening of purpose and insight. As a snake sheds its skin, we may find a necessary transformation of an old identity into a more authentic one beginning to emerge.

I’ll be discussing the month-ahead astrology in more depth in our monthly Radiant Astrology Soul Circle webinar on Sunday, April 4 at 11 am PDT / 2 pm EDT. Join the membership for our monthly circles, mini-readings and astrology giveaways at https://www.radiantastrology.com/#soulcircle